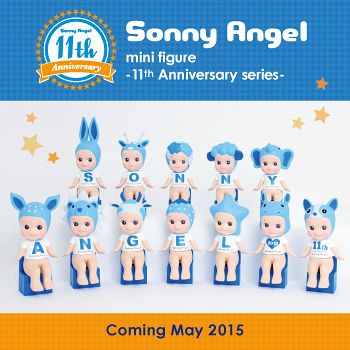 Sonny Angel has reached his 11th anniversary year in 2015.

In celebration, we have prepared a special series where Sonny Angel finally sits down!

This series will be released around mid May, 2015.