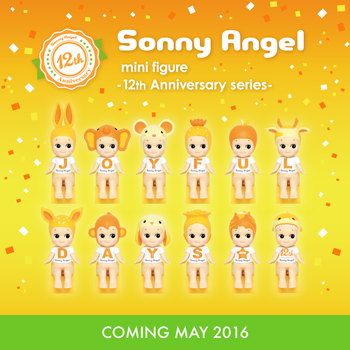 In this year Anniversary Series, the cute sitting Sonny Angels are in vibrant yellow with the aim to bring joy and happiness to you!
Line them up in your favorite place, and enjoy their cuteness!

Expected to be released on May 18th, 2016.
*Release date subject to change without prior notice.