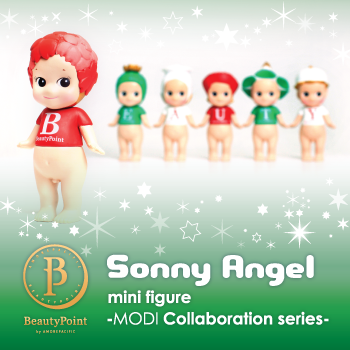 Sonny Angel has collaborated with Amorepacific, one of the most famous cosmetics brands in Korea.

Please note that these figures are available ONLY IN KOREA, and to customers with Amorepacific membership (figures are purchased with Beauty Points).

Isetan Shinjuku will be an official retail store of Sonny Angel! 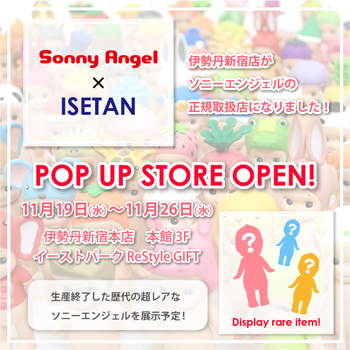 Isetan Shinjuku will become an official retail store from November 19!

We will exhibit a special display stand as well as some limited and prototype, which are very rare to see!
After that, Isetan Shinjuku continues carrying Regular series permanently.

As you may know, Isetan Shinjuku is one of the most stylish, fashionable department in Tokyo.
If you have a chance to visit Tokyo, it is a great opportunity to see Sonny Angel and Isetan Shinjuku! 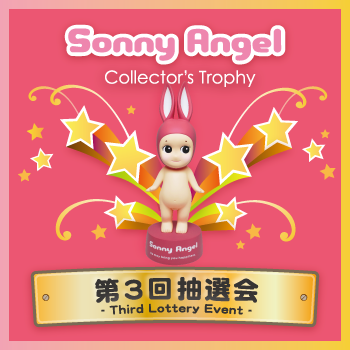 For those that own Collector’s Trophy may win a special figure, which is produced only 5 pcs each!!

We are holding this lottery event in August, September, October, November and December.

Are you ready to see the 5 winning numbers for October?! 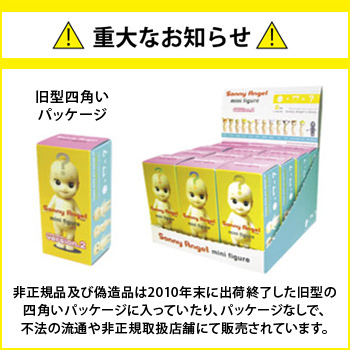 Sonny Angel has been bringing happiness to you for the past 10 years.

Unfortunately, some unofficial products or counterfeit Sonny Angel mini figures have been reported in the market recently.

These unofficial/counterfeit products are illegal, and are sold in fake packaging or sold without packaging at all.

For example, we have seen figures sold in boxes that copy our old square packaging (which ended production in 2010).

This situation has become very serious, especially as limited edition products and secret figures (such as the Crown Series, Christmas Series 2010, etc) are being illegally sold and/or produced. 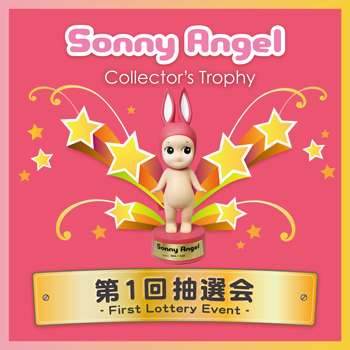 Now, are you ready to see the first 5 winners of this event!?
Click here for more information >> 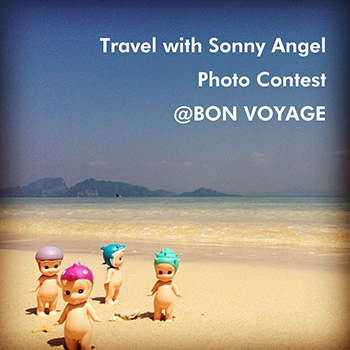 Let’s go out with Sonny Angel and take some photos! Winners will get some present from Dreams or Bon Voyage!
Please send your photos to the email address below;
sa★elphas.net (change ★ to @)
RULES
*format: jpg (less than 1MB)
*If your photo contains people, please obtain permission from him/her to shoot and apply.
*We (Dreams/Bon Voyage) may use your photo as a promotional use.
*We accept residents in Japan only for this time.
*For language, Japanese and English only.
*Deadline: the end of September, 2014.
More detail…..
http://travel-camera.jugem.jp/?eid=1940#sequel>> 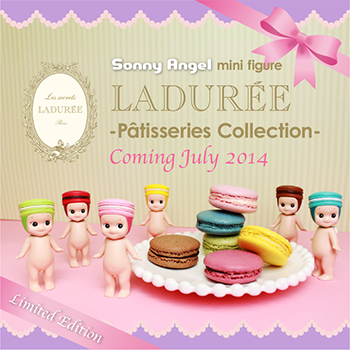 Finally, you can see everything about Sonny Angel Ladurée -Pâtisseries Collection- !!
These Sonny Angel are the most beautiful and sophisticated ever, and you must see them! This limited edition will be released on July 15, 2014. 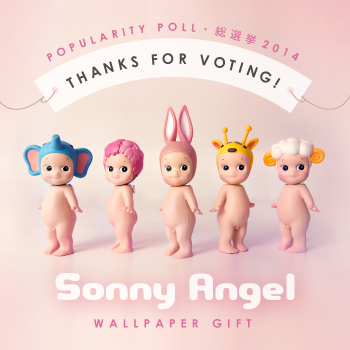 for voting for Sonny Angel Popularity Poll! We have a special wall paper present for all Sonny Angel fans! These 5 characters were ranked in the TOP! 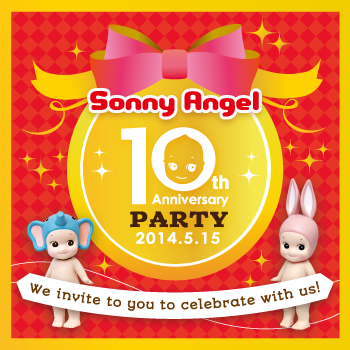 Sonny Angel has reached 10th birthday in 2014.
Thanks very much for everyone’s support for Sonny Angel.
In commemoration of Sonny Angel’s 10th anniversary, we are going to hold Sonny Angel’s birthday party!
And we will invite 50 pairs, 100 people to the party!

Date&Time Thursday, 15th May, 2014
First half 6pm~
Second half 7pm~
*We divide in 2 groups to reduce congestion.
*Guest cannot choose which one.
Place: Shibuya/Harajuku