Because the base of the figure is supposed to be a birthday cake, our primary theme was to produce a colorful and exciting overall design.
The head is based on the poppy, visual image of soft-serve ice cream.
The design encompasses the figure in a loop, and you’ll look straight into the figure’s eyes with each time it makes a rotation.
We used a paint called acrylic gouache.
We chose the acrylic gouache because it has the same name as the acrylic sheets that we use regularly for our other creations.
It was nerve-wracking to use the gouache since we don’t typically use paints, but we still had fun making it. 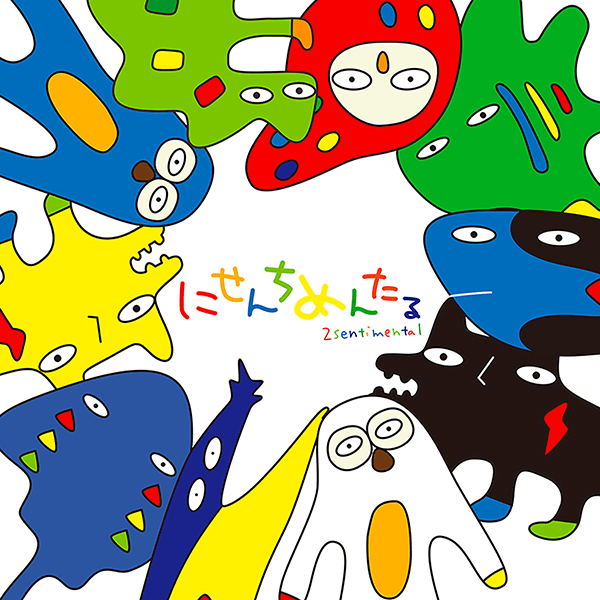 In 2014, we formed the group “2sentimental”.
We work as a pair and are based in Tokyo.
We used acrylics to merge a sense of two-dimensionality and depth to produce an new artistic perspective for the viewer.
Our goal is use motifs such as living creatures and dinosaurs to produce colorful, catchy works of art.